Despite the global character of our business, our company is often engaged in the help of local institutions. Recently we had the opportunity to support girls from the Nicolas Copernicus Primary School No. 4 in Andrychów.

Tomek, one of our forwarders, made a proposal of this action and our Marketing Department quickly organized assistance for Tomek's Mom – Mrs. Ewa Bury, who is the coach of the team.

The support we provided was related to the trip to the Women's National Volleyball Championship.
Girls were going through exhausting struggles to reach the national level: from the municipal tier, then winning the annual Lesser Poland Sports Olympics, (as the best team in the province!)

Finally they were promoted to the national tournament as one of only 18 teams.

A few words about our participation.

The four-day tournament was approaching rapidly.

We have provided the team with brand new sport outfits – we will all associate with their great success!

The girls won a bronze medal, representing our city with dignity – among tycoons from Gdańsk, Kedzierzyn, Mielec, Wrocław or Krakow.

They achieved something unique getting into the tournament. They competed with the best teams from the largest Polish cities.

The new outfits together with sports sweatshirts were supposed to be a reward for what they have achieved so far. We didn't know they were that good! 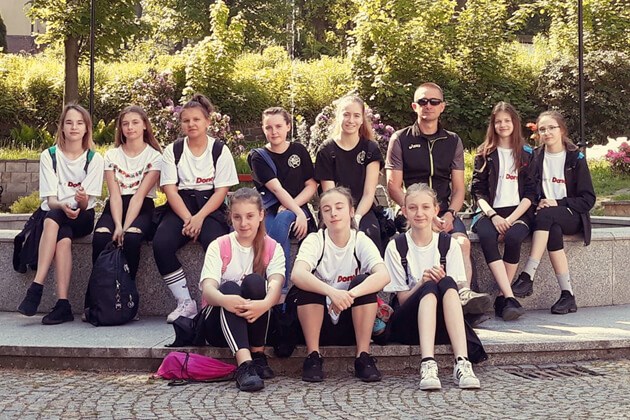 How was the tournament?

From the very beginning, the girls were great. The competition consisted of two rounds in the league system, which was crowned by a cup phase in the fight for medals.

Despite minor problems in the first stage and one defeat in the group, the protégés of Mrs. Bury  were promoted from the three-team group to the next phase. This time there was no doubt that our girls deserved success!

The team won the group. They reported in the semi-final and gained the chance to fight for the title of the best in the whole country. The medal was within reach, but the fate put the most demanding rival on their way - the team from Nadarzyn, which has Polish national players amongst them.

Despite the fierce duel, it was not possible to defeat the favored volleyball players. Our girls started the match for the third place and bronze medal with all their hearts. They did not give any chances to the peers standing on the other side of the net, ending this highly emotional journey with their great success.

We would like to congratulate Tomek's Mother, Mrs. Ewa Bury, our athletes, and especially their parents – it must have been an amazing and emotional experience for them.

Bronze medal of the Polish Championship, a place on the podium, and the great joy for all our employees who kept their fingers crossed, following the news and results for those few days – CONSIDER IT DONE! 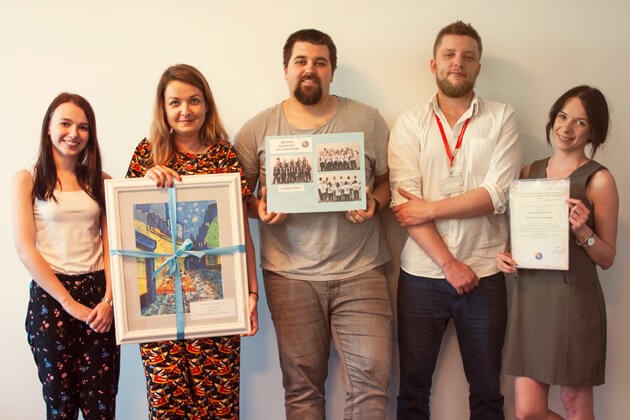 Olga's story shows the situation of people affected by war and whom we want to help. We encourage you to support our initiative so that help reaches even more people in need.
More

Kateryna's story shows the situation of people affected by war and whom we want to help. We encourage you to support our initiative so that help reaches even more people in need.
More

ISO Certification for the 4th time in a row for DONE!

We are jumping into 2022 with a success - for the fourth consecutive year, we have been recommended by the TÜV certification organisation for the implementation of the ISO 9001 and 14001 standards...
More